Dev Sharma Yes but she looks white .. The current policies aren't just about "refugees" they are also about race .. How on earth can you explain why people fleeing Germans were ok while those fleeing Taliban are not?

Danielle Thring My partner's father and his family also fled Hungary around this time to seek refuge in Australia. I wouldn't have my wonderful partner or youngest son if we hadn't welcomed the family into our country. So why can't we do the same now for others fleeing persecution?

Stefani Strazzari My dad was DP. My Dad was a wonderful person who taught me about tolerance & fighting for the underdog. As an Italian in the 1950s he was believed to have a knife hidden away somewhere. Italians were despised. Their "long" hair their gesticulations, their alliance with Germany ww2. My dad is the reason why I support refugees to Australia & know the untold value they would add to our country especially if welcomed with open arms.

Felicity Banks It's a horrible question to ask, but you have to wonder who she would be if she was placed into something like Nauru as a child. Raped as a child by guards, denied medical care or communication with the outside world, ignored by the Australian government, and in even more danger of assault if she was one of the "lucky" ones released (but kept on Nauru).

Anne Johnston Only the refugees that integrate.

Jim Morris So many people so desperate to be 'nice' they can ignore what is going on in the name of islam, the religion these people CHOOSE to identify with. We are in the early stages of a global war between islam and the rest of us so why would any sane person want to import the enemy?

Lynette Kemeny My inlaws were from Hungary also. Father in law because a commissioner of tax in NZ his wifes sister was a leading researcher on ozone for met office. Well respected and leader in her day. Our government is plain stupid...unlike the refugees wanting asylum

Cara Clark Straight to Nauru with her then......Jeez I loathe the racism and cruelty we're surrounded by.

John Ennis Great to have such Australians. However, what about the talented artists and other brilleant people rotting in our detention centres because we have become selfish and afraid of anyone who is different. I have met successful Australians of refugee stock who vote liberal and think Abbott shoiuld get much tougher about refugees. Yes really !!!!!

Deborah Corrigan they sure do

Plenty Valley Dev Sharma said: "I'm not from you generation... I couldn't possibly imagine such a world or such compassion... All I've ever seen is indefinite detention for refugees and mandatory detention for Aboriginals"

From what I remember not everyone was united in their welcoming of Vietnamese refugees back then, but the Govt. was in favour of it which is a major point of difference between then and now.
Try not to be bitter or blameful because of what you (and I) see as this Govt's extreme stupidity .. you must remain strong in your resolve to question their actions, challenge their behaviour and seek (legal is better) resolution / redress for both their injustice and intolerance they seek to foment.
Look carefully and travel safely Dev, .. if you are open to it you will find friends and allies (of all shades) where your prejudices least expect to find them. namaste

Geoffrey Walker Judy Cassab ... creative genius, observer, educator, exceptionalist. A brick in the foundation of Australian multiculturalism. How lucky is this country!?

Linda Hong Keep this going it is brilliant!

Briar Matheson That is so inspirational, what a beautiful artist!

Jim Morris I guess your just the meat in the sandwich.

Cynthia Wild she painted our headmistress in high school

Elizabeth Moore Golding Actually, Asylum Resource Centre, I do love Judy and her work and for her tough beginnings she (and her husband) should be lauded. She is a great artist, and has indeed won the Archibald, not once, but twice, but was not the first woman to do so. That was the amazing Norah Heysen who won in 1938.

Jim Morris If you don't differentiate between immigrants and muslims you are being dishonest. Double the refugge intake, but NO muslims.

Nancy Anastasios Of course. Many Australians are scared of being overshadowed by the talents of those who have far less than us but seem to be able to do so much more with it..

Gypsy Rose You are exactly right Dev Sharma - the largest group of illegal immigrants in Australia is the 100 000 plus from the U.K. whose visas have expired.

Goran Banyai Indeed it did. Australia is an amazing place because of this.

Ian Spencer Isn't Judy Jewish? You know, the ones we want to 'divest' from?

Robyn Williams Oh, really! Read the history first before making statements Dev, look back at how many "Australians" viewed refugees over the last century and how they were "treated" = "mistreated" - not by all but still by many. This is a recent phenomena related to recent events = 'recent' to Australia and its ties with the Middle East.

Alex Claire My father went through Bonegilla..my how times have changed where has the Aussie spirit gone??
http://www.bonegilla.org.au/history/whereitallbegan.asp

Heather Ann Tucker lovely to see this reminder of Judy Cassab: her portraiture was truly remarkable in its ability to cut through to the essence of the sitter, as she experienced and perceived it. any of us might need refuge at some time; any of us can offer welcome and hospitality. these are aspects of being human, as is the tendency to fearfulness and suspicion of apparent "other"ness, which can function as a timely warning in some circumstances, or lead to an unwarranted rejection in others………Vale Judy, and thank you for the privilege of witnessing some of the fruits of your creativity and insight.

Sebile Altunay Here is another racist page, who needs to be reported please! 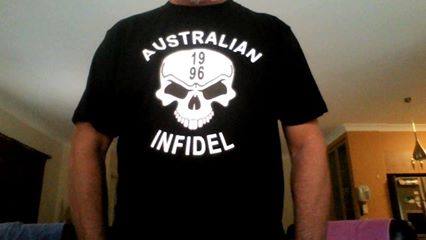 Brigid O'Carroll Walsh Love Judy Cassab's work. During my working life, I twice had the privilege of turning up for work each day and working under one of Judy's paintings: first, Mount Isa, Queensland public library where there was a huge portrait of Sir James Foots of Mount Isa Mines. http://goo.gl/JwzE3D; second, was in the offices of Leon Fink - a well known Sydney identity - in his offices at Darlinghurst. This time it was a Judy Cassab nude. And Judy made one other significant contribution to this nation: her son, John Seed.

Jim Morris "Nice' will be the death of you. Gratuitous niceness is moronic.

Jim Morris We need freedom FROM religion written in the constitution.

Lindsay Smith the gospel according to saint george of America

A bush is ‘perennial plant which has woody stems and branches and ranges in height from very low to the size of a small tree, shrub, wilderness, outback.’ A doctrine is ‘something which is taught; belief, tenet; teachings of a religion or branch of knowledge.’ So this Bush Doctrine must be something religious straight out of the wilderness. Now there was a bush that all Christians, Jew & Moslems know all about. It’s the ‘bush described in the Book of Exodus which burned with fire but was not consumed.’ Sarah knows all about wilderness areas. If this ‘Bush Doctrine’ is something that George W Bush, President of the United States of America, touched by God & by his own hand wrote or uttered out of his own throat then here it all is to keep close our hearts for ever & ever. The ‘Bush Doctrine’ as -

The Gospel According to Saint George

1.3 I believe that the human being and the fish can coexist peacefully.

1.4. I don’t particularly like it when people put words in my mouth, either, by the way, unless I say it.

1.5 See, in my line of work you got to keep repeating things over and over and over again for the truth to sink in, to kind of catapult the propaganda.

1.6 I think anybody who doesn’t think I’m smart enough to handle the job is underestimating.

1.7 There’s not going to be enough people in the system to take advantage of people like me8 You know, I guess I’m like any other political figure: Everybody wants to be loved.

2.1 I know how hard it is to put food on your family. 2.2 If you’ve got a chicken factory, a chicken-plucking factory, or whatever you call them, you know what I’m talking about.

2.3 Time to set aside the old partisan bickering and finger-pointing and name-calling that comes from freeing parents to make different choices for their children.

2.4 They’re innocent, they were doing nothing, and they were summarily plucked out of water.

2.5 You teach a child to read, and he or her will be able to pass a literacy test.

2.6 I’m going to try to see if I can remember as much to make it sound like I’m smart on the subject.

2.7 Home is important. It’s important to have a home.

3.1 Soldiers, sailors, Marines, airmen, and Coast Guardsmen, thanks for coming, thanks for wearing the uniform.

3.2 I’m honored to be here with the eternal general. 3.3 And so, General, I want to thank you for your service. And I appreciate the fact that you really snatched defeat out of the jaws of those who are trying to defeat.

3.4 Some call this civil war; others call it emergency. I call it pure evil.

3.5 My job is a decision-making job, and as a result, I make a lot of decisions.

4.2 My relationship with this good man is where I’ve been focused, and that’s where my concentration is. 4.3 And I don’t regret any other aspect of it. And so I — we filled a lot of space together.

4.4 I’ve been in politics long enough to know that polls just go poof at times.

4.5 There’s a lot of blowhards in the political process, you know, a lot of hot-air artists, people who have got something fancy to say.”

Saw a doco on the Arts Quarter on ABC TV to-day re Judy Cassab - now 93 years of age - see http://www.judycassab.com/. I worked alongside two Judy Cassab paintings during my working life. One was a very large portrait of Sir James Foot who headed up Mount Isa Mines Limited for about three decades. The portrait hung in the Mount Isa Public Library which I managed. Some years later I was working in Sydney for a company owned by well known arts personality and restauranteur, Leon Fink. Leon was a well-known art collector and my desk was positioned right underneath a Judy Cassab nude. A great Australian artist is she. Happy birthday, Judy Cassab, A Celebration. Judy Cassab has also given us her son, John Seed - the environmentalist and spiritual practitioner in the Deep Ecology movement. How those darned refugees have enriched our nation! 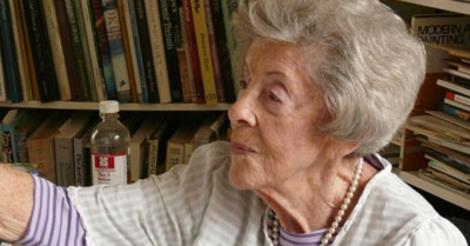 A Celebration of Judy Cassab's Life Nov 16 2013 through March 2014 60 years after Judy’s 1st Australian exhibition, this celebration will be...